You’ve received the email from your coach. You think, ​“wow that came round quick, I’m sure we didn’t start this early last year!” Two weeks later you’re back playing again.

When I played rugby I’d kick off with a general preparation phase of strength and conditioning (S&C) work; starting with the big lifts, squats, deadlifts, bench and chin ups. However, from my time running an S&C program for rugby players, I can tell you that this was too soon and too much for most of the team.

Due to some hip niggles the previous year we (the medical team), decided to run basic tests on all of the players, one being a single leg squat to a bench. From this test, it became glaringly obvious that much of a lack of control the players had was around their hips. You will be surprised how many weaknesses can be hidden when training on both legs (squats etc), but train on one leg and they will be exposed.

This meant writing a separate program for half of the players including lots of single leg work. Here is that program to help you with your training.

Let’s start with my favourite area, the glutes. Here are some warm-up exercises to get the glutes firing and controlling the ankle and knee. Perform 10 reps of each in a circuit, rest a couple of minutes and repeat.

I use the analogy of a drill for the hips. Imagine you have a drill but haven’t put the drill bit in securely, then you try and turn the drill on, the drill bit will move all over the place. That’s how I think of the hips and the rest of the leg. If the hips are not strong and stable, how can you expect to have control over the knees and the ankles, especially when you are running at top speed and putting 8 – 12 x your bodyweight through them? Eventually, something’s gotta give.

Now we can move into some exercises that will test the hip, knee and ankle complex, and expose any weaknesses.

Warning.. you may want to start a little lighter than this guy!

Great exercise to work the hip knee and ankle, focussing a little more on the posterior chain (back of the leg). Same principles apply with the knee staying in line with the toe, and you should start to feel the outside of the glutes and the hamstrings burn a lot after 6 – 8 reps.

Back to the quads, trying the focus on the glutes and the VMO (one of the quads that helps support the knee). This little beauty only works in the top 30 degrees of the movement, hence the low box, which also allows us the load the correct movement more than a conventional step up.

Hip thrusts are my favourite exercise, there I said it. Because the hamstrings cross the hip and the knee, you need to train them to do both functions. The RDL will take care of the hip, and this will take care of the knee. They will also smash the glute max, which is the powerhouse of the lower body, essential in my opinion.

After 2 – 3 weeks of these exercises, the time will have arrived to get back to training where the hard work starts. This is where you can start getting back into the bigger lifts, alongside running and touch games. This will lead nicely into my next blog… ​‘Building an aerobic base.’ If you missed my last pre-season blog on mobility check it out here.

If you’re interested in a program or speaking with Andy more contact andrew.​[email protected]​uresportsmed.​com, call our book online. 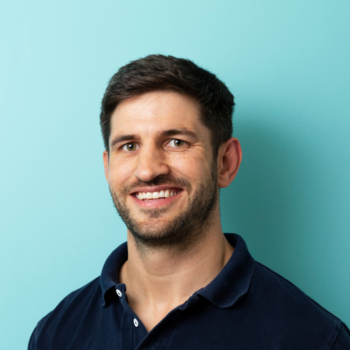