A common misconception is that lifting heavy objects, whether in the gym or everyday life, puts your joints at risk of damage.

Almost every person who starts a new job has to undergo ​‘manual handling’ training that involves being told that you should not lift anything heavier than 25 kilogrammes if you are a male and 16kgs if you are a female and nothing heavier than 5kg or 3kg, respectively, should be lifted off the floor. Whatever you do, do not reach forward, allowing your spine to move, most especially whilst holding anything. If you do you run the risk of ​‘throwing your back out’. Research has demonstrated that such training does not lead to a reduction in back pain and injuries.

A large percentage of the population has been led to believe that their spines are an evolutionary flaw and will crumble if they don’t always keep it bolt upright. Perhaps this is because around 80% of adults suffer from lower-back pain. Unfortunately, this is not a solid indicator of the strength or your spine, but rather the muscles around it.

In fact, the spine has evolved to be both flexible and stable. The spine is a more stable structure when it is curved. Spinal loads are similar when lifting with a flexed spine to lifting with a ​‘straight’ lumbar spine. A 2020 systematic review with meta-analysis (the gold standard of evidence) in Journal of Orthopaedic & Sports Physical Therapy concluded that ​‘that greater lumbar spine flexion during lifting was not a risk factor for lower back pain onset, persistence or a differentiator of people with and without lower back pain’. It’s time for a re-think…

Other common myths are that doing heavy squats will damage your knees and ​“never let your knees go past your toes while doing a squat or lunge.”. This is a fallacy that was spread by our colleagues in sports medicine for several years. This belief originated from a 1978 Duke University study published in Research Quarterly that found maintaining a vertical lower leg as much as possible reduced shearing forces on the knee during a squat, however even later studies perpetuated this myth. In 2003, University of Memphis research published in Strength and Conditioning Research confirmed that knee stress increased by 28% when the knees were allowed to extend over the toes while performing a squat. However, hip stress increased nearly 1,000% when forward movement of the knee was restricted.

Our bodies evolved to be fit and strong to be able to hunt and gather our food until about 60,000 years ago. Since the Agricultural Revolution about 10,000 B.C. we have become exponentially more inactive. Yet our genes are still those of hunter gatherers. Technology is continuously advancing to make our lives ​“easier”, more efficient and often more sedentary. All of this has an impact on our body

Research has demonstrated what’s known as ​“epigenetic memories” may also be passed down several generations, which means that our lifestyle today could influence gene expression in future generations. If sedentary trends continue, humans are at risk of becoming frailer and more dependent – needing increased support from already stretched health services. 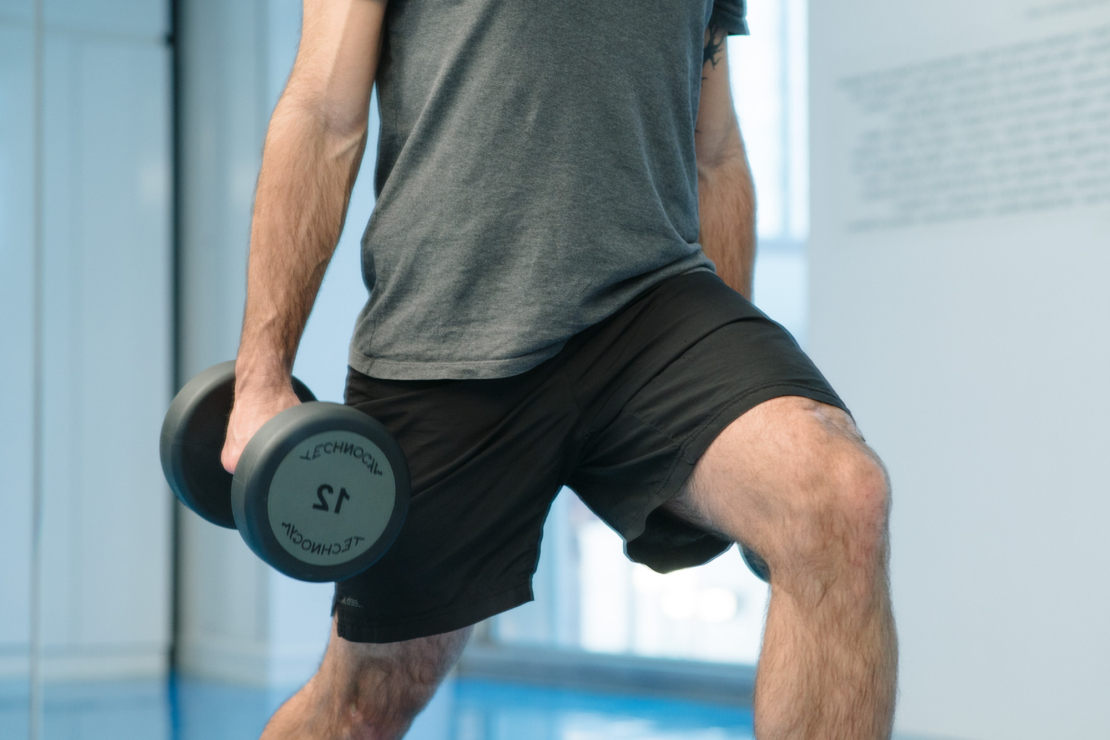 Bending at the spine and squatting with the knees beyond the toes are normal anatomical and physiological functions. We spend most of our days in some sort of lumbar flexed position. These movements are normal and natural. Watch a toddler or young child, who has not been told how to move, play with their friends. They will run around as fast as they can then stop and drop down into a full squat, lean forward at the spine, pick something up then jump back up and sprint away. Adults who engage in fishing and manual labour will make the same movements. Dr Mel Siff — sport science, biomechanics and injury rehabilitation pioneer – said in his book, Facts and Fallacies of Fitness, ​“Many aboriginal folk squat many times a day while carrying out their daily chores, while the Japanese sit on the floor with their knees fully flexed beneath them bearing all their bodyweight for prolonged periods daily without producing an epidemic of knee injuries.”

In sports such as fencing and wrestling the knees aggressively shoot far over the toes without causing injury. Similarly, sprint starting involves explosively launching the athlete forward from a deep squat position with the knee flexed well beyond the toes.

We know that if you want to get stronger you need to expose the muscles to a load that is challenging to lift for a certain number of repetitions. What is less known is that all human tissue needs to be exposed to loads to become strong including cartilage, tendons, ligaments and bone. Regular heavy lifting tasks prepares the joints, muscle and ligaments for everyday tasks and progressively overloading these structures further prepares them for when they undergo forces that exceed normal tasks such as falls or during sporting activities.

When bone is ​“loaded” through various forces, it responds by becoming stronger. This is evidenced by numerous exercise intervention studies, and previous research shows around 20 – 30% greater bone strength in athletes from ​“impact” sports – such as football, hockey and running – compared to non-athletes.

Conversely, research on astronauts has demonstrated that lack of loading has damaging effects. This research showed that lack of exposure to loading against gravity caused muscle wasting, spine stiffness and disc swelling. To become an astronaut, you need to be the most resilient in the Air Force. These super fit and strong astronauts developed back pain after space flight. Extended periods of unloading lead to unstable or weak joints and pain.

You would not expect to run a marathon without preparing for it with a progressive programme that gradually increases the volume and load of work that your body undergoes so it seems logical that to be able to lift a weight requires exposure to that activity. 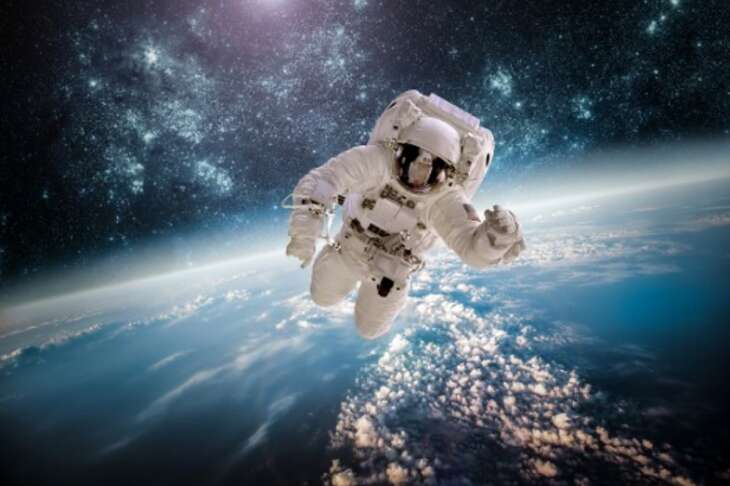 A lack of load causes back problems for astronauts. Andrey Armyagov/Shutterstock.com

Repeated and regular bending and lifting, particularly of the spine and in combination with twisting movements, is claimed to be a risk for injury. Studies conducted on elite rowers examines this idea.

Rowers repeatedly fully flex and load their lower backs for hours a day when they train. Approximately one-third of rowers will experience at least one episode of back pain in a year, of which most will recover fully. This means that two-thirds of rowers don’t hurt their backs and their spines have a high tolerance of these loaded flexion movements. Similarly, cyclist repeatedly flex and extend their legs with the knees moving in front of the toes with being identified as a serious injury risk.

The one-third of rowers’ statistic does imply that bending and loading is in fact an activity that can be associated with onset of back pain. but there is more to the story; there is an optimal load where the body is gradually trained to cope with the task. Large increases in training or workload with poor recovery is associated with the onset of pain.

Where Load is Distributed Matters #

Rowers who move well through their hips, knees and other joints are less likely to get back pain.

Rowers also contradict the traditional ​‘manual handling’ training in that they load their backs with a bent spine. The fact is that the low back is more stable and tolerant to loading when curved.

Advice to keep the spine straight, bend at the hips and ​‘lift with the legs’ encourages the use of the large muscles around the hips and legs to take the load however, given that physical condition of the average person, this advice is likely misguided.

Affecting factors can include, the activity level of that person and how much time they spend sitting, their weight and muscle strength. With this approach, focus for lifting should be on strengthening the muscle around the hips and legs.

Our advice, supported by other experts, is that the best way to prevent back and other joints pain is with exercise. Instead of avoiding lifting, you should include regular lifting as part of your weekly routine. To build stronger, resilient muscles, joints, bones, discs and other soft tissues, the load must be heavy to challenge you and to get these structures to adapt. Emphasis should be on graded exposure to loading tasks rather than avoiding them with lifting equipment.

What About Later In Life? #

Some believe that with repeated exposure to high loads you will experience long-term damage. This too is a fallacy. A paper published in 2013 in Sports Medicine conducted an analysis of the load on the knee joints and spine to determine the risk of injury and degenerative changes from performing deep squats. The authors concluded ​“Concerns about degenerative changes of the tendofemoral complex and the apparent higher risk for chondromalacia, osteoarthritis, and osteochondritis in deep squats are unfounded”.

Of note, a 2018 study published in the British Journal of Sports Medicine found that return to pivoting sports (handball, soccer and basketball), thus loading the joint more than those who quit sport, was associated with less osteoarthritis on xray and those that did develop it were less symptomatic.

If you take up exercise later in life, as a treatment for joint pain, you may experience a small, brief increase in pain, but if you continue sensibly, you will experience pain relief similar to that of a non-steroidal anti-inflammatory drug, such as ibuprofen, and twice that of an over-the-counter painkiller, such as paracetamol. In fact, the pain relief from taking up exercise is so significant that many people put their joint surgery on hold, even those who have been found to have severe wear on imaging.

To determine if you have any joint restrictions or lack of strength, please speak to a member of our physiotherapy team.

To review your current strength plan, or write you a new progressive loading and ROM program, you can consult our strength and conditioning team.