Pregnancy can be a healing time for a woman — a surprising outcome amongst the expected aches and pains.

Priorities might have begun to shift, with the innate knowledge that another life is now dependent on you or your partner for nourishment. Attention might turn to adopting healthier eating and exercise habits, as well as allowing more time to relax and just be.

Soft Tissue Therapy during this time has been shown to be particularly beneficial. In a study conducted in 2010, the pregnant women who received Massage Therapy reported decreased depression, anxiety, and pain in the back and legs. Because cortisol levels (stress hormone) were lower as a result of the treatments, excessive foetal activity decreased.

The rate of premature births was also lower in the group of women who received Massage Therapy during pregnancy. The participants in the study received two 20-minute massages per week over 16 weeks from second trimester. 1

Pregnancy symptoms such as leg and back pain can be improved with Soft Tissue Therapy, possibly partly related to improved sleep. During labour, it has also been shown to significantly reduce pain and delivery time, by three hours on average. The Labour Study group — who took part in the research conducted this year (2020) — received massage in all stages of labour. 2 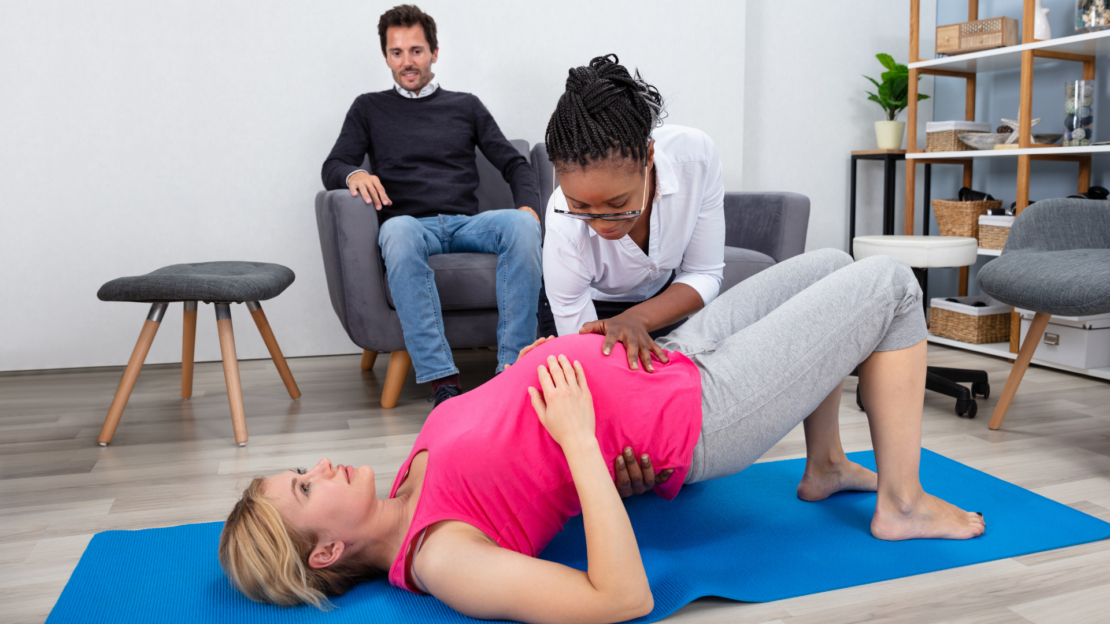 In a further study to explore the benefits of Massage given by the other parent or a birth partner, during pregnancy and labour, the participants were taught some techniques by an Antenatal Massage Therapist. The same positive effects on pain and depression were noted after receiving massage by the partners. It also reduced instances of postpartum depression. Interestingly, partners who were the massagers also reported less depression and anxiety, and both partners felt the process improved their relationship. 3

These trial, tested and safe techniques can be taught by an Antenatal Massage Therapist. A 1‑hour session will cover a full screening of your experience so far, as well as practical advice for both you and your partner to do at home as a supportive tool during your pregnancy.

If you are interested in this form of treatment, we are able to offer this service via our Virtual clinic, for those WFH or shielding, and at our Bank Clinic for those who are comfortable and prefer to come in.