We have known for some time that being more physically active and reducing sitting time reduces the risk of a number of cancers (1). There are many factors involved in developing cancer, much of which is out of our control, but for some cancers, being more physically active and sitting less are modifiable risk factors — things within our control — that we can do to reduce our risk of developing cancer.

October is Breast Cancer Awareness month. Breast cancer is a common cancer — everybody has breast tissue which can be affected by cancer changes. It is important to check one’s breasts or chest regularly to look for changes. A good guide to this is on the Coppafeel website — a breast cancer awareness charity.

They considered a number of different factors, including whether or not the women were pre-menopausal or post-menopausal, the size and type of tumour, the extent of tumour spread and how abnormal the cancer cells were. The researchers looked at genetic variations between individuals called SNPs (single nucleotide polymorphisms). They looked at specific SNPs which are proven to be associated with different levels of physical activity. It sounds like science fiction, but is scientific fact — the things we do can affect our gene expression (a subject called epigenetics) (3). Our genes have codes within them that leads to various processes happening within our cells. These instructions can have positive and negative effects.

The researchers in the study looked at various SNPs associated with levels of overall physical activity, vigorous activity, and time spent sedentary. They found that those women who were more physically active had a 41% lower risk of invasive breast cancer, regardless of their tumour type, how much it had spread or how abnormal the cancer cells were. Both pre-and post-menopausal women had a lower risk of invasive breast cancer if they were more physically active and less sedentary. Those who exercised vigorously on 3 or more days a week had a 38% lower risk of breast cancer compared with those who did no vigorous activity (2).

Prolonged sitting time — being sedentary — is an independent risk factor for various different diseases including heart problems, cancer, Type 2 diabetes, and others (4−8) This means that if you exercise a few times a week but spend a long time sitting — you have a higher risk of developing certain conditions than if you reduced sitting time and were lightly active during the day as well. This study showed that those who spent a longer time sitting were associated with an increased risk of a certain type of breast cancer — triple negative breast cancer. This is a type of breast cancer that does not have certain receptors — think of the receptors as locks, and drugs available to doctors as keys to those locks. However, in spite of the link in this study between prolonged sitting and the increased risk of triple negative breast cancer, it is important to note that the link between the two, although there, was weak (2).

All studies have their strengths and limitations, but the bottom line is that this recent research adds to what we already know about physical activity — that it can help reduce our chances of some cancers, and that prolonged sitting time may increase our risk of certain conditions too. Even people who have cancer who are able to exercise regularly have a better quality of life and increased survival rates compared with those who are not able to exercise (12−23).

The best way for all of us to live a healthy life is to make time for moderate or vigorous intensity exercise during the week and reduce our time spent sitting where possible. 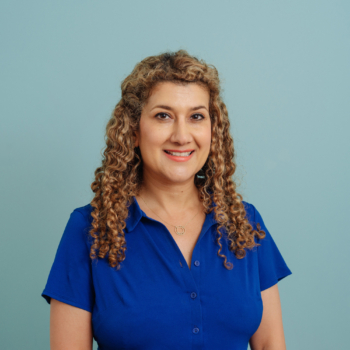