If you are heading to the gym or pounding the pavements in the hope of losing weight, try to do it before you eat your breakfast. Not only does working up a sweat on an empty stomach help you burn more fat, but recent research claims that this technique also enhances other metabolic responses which may increase exercise capacity (particularly your endurance).

Dubbed ​“train low, compete high” this new twist in training refers to the idea of doing some workouts in a carbohydrate depleted state, then working out at high intensity or racing / competing with a full supply of carbohydrates. This blog explores the ​“train low” concept highlighting its scientific merit and the gaps. For those of you that have early-adopter tendencies it also provides some practical tips in case you want to tinker.

You rely on two fuel sources to generate the energy needed for a muscle contraction during exercise – carbohydrates (carbs) and fats. Carbs are stored as glycogen. Glycogen is your primary energy source for exercise at a moderate intensity (about 70 % VO2 max). Fifty to sixty percent of energy needed for muscle contraction is obtained from carbohydrates, with the rest coming from fat. Push the pace, and your reliance on carbs increases. Deplete carbohydrate stores and your body goes into” glycogen debt” – a sensation known as ​“bonking” or hitting the wall.

The body has about 2000 calories worth of glycogen reserves which is enough for about 90 minutes to two hours of exercise. In comparison you have about 80,000 calories worth of fat on board. The problem is we are not very good at using fat as energy source and fat simply can’t be metabolized as fast as carbs. This fact hasn’t stopped sports scientists trying to figure out ways to tap into the vast reserves of body fat as a source of fuel. Over the last few years researches have been looking into the idea of training in a glycogen depleted state.

Before you completely abandon your carb-loaded workouts in favour of the low-carb variety its worth considering some limitations of the train-low concept. In theory, the metabolic changes that occur in athletes when training in a glycogen depleted state should translate to enhanced exercise capacity. However in reality, follow-up studies show this isn’t the case. Studies have failed to show any measurable performance benefit despite the metabolic changes in cells.

It’s also important to remember that you can’t train as hard or fast without having readily available carbs to rely on. Don’t expect to feel particularly good either; exercising on an empty stomach can increase the production of the stress hormone cortisol, which can lead to the breakdown of muscle tissue and put a serious damper on your mood. Exercising in a depleted state can also depress your immune system and could increase your risk of illness or injury. All these factors might compensate for the positive effects of low glycogen training.

Each to their own

The research is clear that training in a glycogen depleted state does increase your ability to oxidise fat. Unfortunately there is no research showing that changes in fat oxidation translate into performance benefits as yet. To fully understand the potential benefits of train-low strategies we need more research.

Whether it works for you in reality and whether the benefits outweigh the potential risks is obviously an issue you will have to determine for yourself. If you choose to tinker, do it wisely.

Three practical ways to incorporate train low into your workouts:

1. Do it properly. Know when you train low and when to train high. Balance it out. If every workout is a train-low session your ability to train at a high intensity will suffer. You can train low for lower-intensity, longer workouts. Don’t abandon the carbs for high-intensity workouts or competitions.

2. More doesn’t necessarily mean better. Don’t make the mistake of shifting the ​“train-low” concept to an overall diet that is low in carbs.

3. Find a system that works for you. Training low can be achieved in a couple of ways – both work, so find out what works for you. The first is to work out in the morning following an overnight fast. In this state your muscle glycogen stores are likely to be high but you liver stores are likely to be low. The second method involves working out twice a day and not consuming carbs between workouts. The second workout of the day will be done in a muscle-glycogen depleted state.

To fully understand the potential benefits of train-low strategies we need more research. 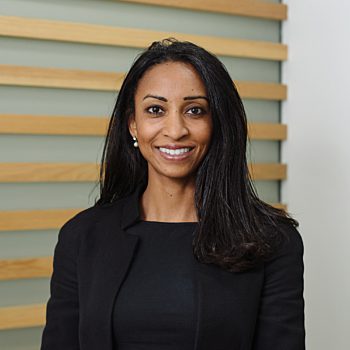