The normalisation of working extended hours and bombardment from social media showing people seemingly managing this feat effortlessly further increases the strain we place on ourselves to achieve this. But what of sleep? How much priority do we place on gaining a good night’s sleep on a regular basis? What is the function of sleep? And what is the upshot of not getting enough?

Neuroscientist and one of the world’s leading sleep experts, Professor Matthew Walker explains the importance of sleep in many mediums including a podcast, a book and related research papers in which he discusses the science of sleep, its function and the multitude of detrimental effects caused by sleep deprivation (deemed as less than 7 hours a night). This knowledge has led many of our clinicians to discuss sleep regularly with patients, of whom many fit the work-hard, play-hard and exercise-hard type we see so often in today’s society.

Research in recent years has established that far from being a ​“state of rest” in which our bodies and minds switch into standby mode, a whole host of metabolic processes are undertaken whilst we slumber. Additionally, the effects of insufficient sleep can be detrimental and sometimes even catastrophic.

The recommendation is that adults should sleep for 8 hours a night. During sleep we cycle through REM sleep (rapid eye movement), associated with the dreaming phase of sleep, and non-REM sleep which consists of 4 stages and is the phase in which a lot of our physiologically restorative processes take place. Studies show that almost 50% of the population are sleep deprived, with over 30% surviving on 6 hours of sleep or less a night.

Humans are the only species to purposefully deprive themselves of sleep with no good reason. Throughout the rest of the animal kingdom, the only time an animal would choose to do this is in a state of starvation. People subjected to less than 7 hours of sleep show a measurable decline in cognitive and physical function. And worryingly it appears that this deprivation affects almost every facet of our being.

Males who sleep just 5 – 6 hours a night have been found to have the testosterone levels of a male 10 years their senior. Sleeping for less than 6 hours has been shown to reduce time to exhaustion and peak physical performance by 30% when testing running speed, vertical jump height and muscle strength. Lung function is shown to suffer, and an increase in the presence of lactic acid has been observed.

Laboratory studies have also demonstrated failure of the stability muscles in participants attempting balance exercises on an unstable surface when sleep deprived, and certainly data indicates a 60% higher injury risk in athletes sleeping only 5 hours, compared with those sleeping for 9 hours.

Athletes indulging in the recommended 8 hours of sleep have been shown to perform 20 – 30% better the morning after a training session (compared with the evening session) following a period of 8 hours of sleep, with observed enhancement of performance automaticity.

A fascinating study on rats mapped brain activity as they were learning to negotiate their way through a maze. During sleep, this activity was recorded at 20 times normal speed as the rats ​“rehearsed” in super-fast motion what they had been practising in their waking hours.

Brain scans on sleep-deprived participants have shown a 60% increase in the activity of the amygdala, which is the area of the brain responsible for triggering negative emotions. Over time this can increase the risk of anxiety disorders and depression, as well as social isolation and loneliness. Loneliness in adults is known to increase mortality rates by up to 45%.

Lack of sleep has a significant effect on heart health. Studies have shown that adequate sleep helps to regulate stress hormones and reduced the risk of cardiovascular disease. Adults sleeping less than 6 hours a night have a 200% higher chance of suffering a heart attack or stroke. This is largely due to sleep deprivation’s effects on heart rate and blood pressure. Data from countries observing Daylight Savings time show a reduction in heart attacks by 21% on the dates in which an extra hour’s sleep is gained. A shocking 24% rise in heart attacks is seen on the dates in which an hour is lost.

Sleep helps to regulate two hormones, leptin (which triggers a feeling of fullness) and ghrelin (which triggers hunger). Research has shown that people who sleep for 5 hours or less experience a suppression of leptin and an increase in ghrelin, and as a result will consume between 200 – 300 extra calories a day. Furthermore, they are more likely to crave foods high in heavy carbohydrates and simple sugars, as a means of a ​“quick fix” energy boost.

Additionally, 70% of the weight lost in people trying to diet whilst sleep deprived will come from lean muscle mass as opposed to fat, as the body retains these fat cells as a vital energy source. Moreover, there appears to be a negative effect on the body’s ability to respond to insulin, leading to a higher risk of becoming hyperglycaemic and eventually diabetic.

The process of dreaming is one which basically puts each of us into a temporary state of psychosis every night. We dream (hallucinate), believe in things that aren’t really happening (become delusional), are unaware of time or location (become disorientated) and then on waking we forget most of our dreams (suffer with amnesia).

The restorative phases of sleep have a detoxifying effect on many metabolic byproducts, one of these being beta amyloid. A strong link has been found between this toxin and the onset of Alzheimer’s. Interestingly, both Margaret Thatcher and Ronald Reagan, who both boasted of only sleeping 4 – 5 hours per night were both struck down with this devastating illness.

Sleep deprivation, especially chronically, creates a nosedive in the brain’s ability to perform at optimal levels. Studies have shown that after being awake for 20 hours, cognitive and physical function are at the same level as someone who is legally drunk. A frightening statistic is that more people are killed by drowsy drivers than by drivers under the influence of alcohol and drugs combined. 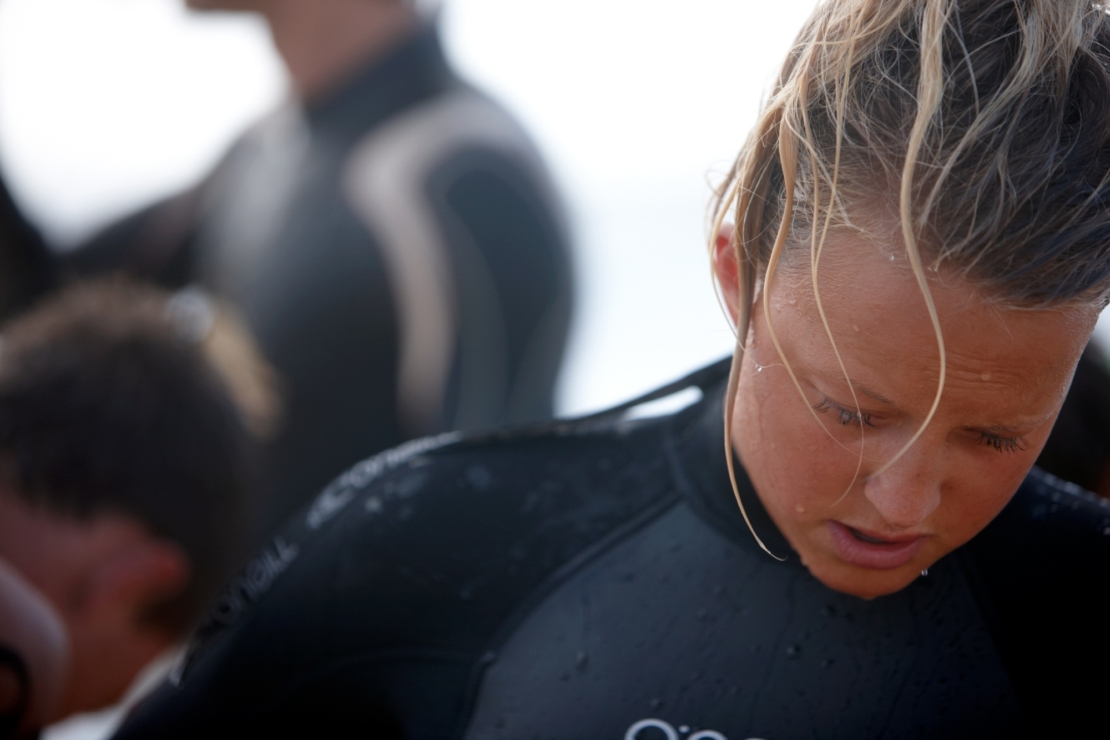 Recent research has demonstrated that people subjected to a single night of 4 hours of sleep have a reduction in their antioxidant levels (cancer fighting components in cells) of 70%. Bowel, prostate and breast cancer have been found to have a strong link with sleep deprivation, recently resulting in the World Health Organisation (WHO) classifying any nocturnal shift-work as a possible carcinogen.

One study sleep-deprived participants by allowing them only 6 hours of sleep a night for a week. DNA profiling demonstrated derangement of 711 genes, some becoming more expressive, and others becoming suppressed. Genes that became more expressive were responsible for tumour promotion, inflammation and stress. Those that became suppressed had a role in immune system function.

The age old saying of ​“sleeping on a problem” has strong evidence-based foundations. Dimitri Mendeleyev who created the periodic table we still use today was battling to come up with a logical, systematic way to display all the known elements. Exhausted, he fell asleep and on wakening had the solution. Evidence shows that during sleep, our brains collide our catalogues of old memories and experiences with current problems and our problem-solving ability is enhanced. Thomas Edison was also known to take regular naps throughout the day to enhance his creative thinking.

One study on participants who attempted to learn a list of words either first thing in the morning, with a test eight hours later, or at night with a test first thing in the morning after eight hours of sleep showed a significant improvement in word recall ability in those who had slept prior to the test. It is thought that whilst sleeping, the brain compartmentalises learning and information from the day, enhancing information retention and improving learning ability.

Modern day life is rife with factors which are detrimental to our sleep hygiene. One of the most damaging changes is the emergence of artificial lighting in our homes and excessive screen time we expose ourselves to from the use of computers, televisions and phones. It is known that these artificial light sources inhibit our production of a hormone called melatonin which would normally rise as natural light diminishes, helping us to fall into a normal, healthy sleep. A recent study showed that 1 hour of iPad reading before bed delays melatonin peak by 3 hours and reduces REM sleep by 50% when compared with participants who read a book for 1 hour before going to bed.

Caffeine, found in tea, coffee and fizzy drinks is also known to have a detrimental effect on sleep. Throughout the day, adenosine builds up in our brains and triggers us to feel tired. Caffeine effectively blocks these receptors, leading us to feel more alert. We also know that the half-life of caffeine is around 5 hours, meaning that if you drink a cup of coffee at 5pm, 50% of the caffeine will still be in your system at 10pm. Even once sleep is achieved, caffeine inhibits the brain’s ability to fall into a deep, restorative sleep, meaning that people often wake up still feeling tired. The caffeine dependency cycle is often born from this. Alcohol is also known to inhibit REM sleep, and therefore affects our ability to learn new information, store memories and process our emotional responses to our experiences effectively.

Regular travel through different time zones also wreaks havoc with our circadian rhythms. For people who are required to travel frequently for work, melatonin supplements have been shown to aid a smoother adaptation into a new time zone. Studies on people sleeping in an unfamiliar environment have also shown that they do not enter stages 3 and 4 of their deep sleep cycles. This is thought to be a threat detection system, but may be another reason why frequent travellers are more at risk of sleep deprivation.

What Actions Can We Take To Improve Our Sleep? #

Sadly, it appears that we cannot make up for a lack of sleep, or good quality sleep through prophylactic sleeping or indeed ​“catching up” afterwards. The term ​“social jet-lag” has been coined to describe the all too familiar phenomenon of battling to juggle a work-life balance through the weekdays, waking up at 6am every morning and then sleeping in until 10am on the weekends.

There are however steps you can take to optimise the sleep you get.

To conclude, the benefits of sleep are seemingly endless. Prioritising sleep and routine will only help you feel more present and perform to a higher level, whatever your lifestyle, fitness or sporting goals may be.

For more information or to book an appointment with one of our clinical team, please complete the form below.