The end of April saw the consensus statement for the 5th international conference on concussion in sport held in Berlin, October 2016. This can be downloaded for free on the BJSM website, but for those that don’t have time to read through the whole document we’ll go over the highlights of the first half of the statement in this week’s concussion blog and the second half next time.

The authors have attempted to focus the definition of concussion and differentiate it from the seemingly interchangeable term of mild traumatic brain injury (mTBI). There is still no clarification as to whether they consider concussion to be on a scale of traumatic brain injury, as proposed by Sharp and Jenkins (2015) or whether it’s a separate entity.

Sport related concussion is a traumatic brain injury induced by biomechanical forces. Several common features that may be utilised clinically defining the nature of a concussive head injury include:

Signs and symptoms of acute SRC

The suspected diagnosis of SRC will include one or more of the following clinical signs:

It’s noted that while these are signs and symptoms of concussion, they are also possible signs in other pathology so their presence simply prompts further investigation rather than confirms a diagnosis.

There is isn’t much new here. Removal advice starts with the assessment of catastrophic injury in the presence of a health care professional and the immediate referral to hospital in the eventuality that no health care professional is available for assessment.
Once the athlete is ruled not at risk of catastrophic injury they should then be assessed for concussion using the SCAT 5 or another side line assessment tool. This is also where clinical judgement comes in to aid your diagnosis.
There is also a reminder that any athlete suspected of concussion as well as being removed from play should be monitored for symptoms over the preceding hours and days.

Interestingly, baseline tests are recommended but not considered mandatory. The report stated the baseline or preseason tests aid the clinical decision making and interpretation of post injury tests. In the absence of post injury NP tests a more conservative return to play process should be undertaken.
Return to play is recommended when NP test are asymptomatic but it is not possible to know what an athletes ​‘normal’ is unless a baseline test has been undertaken.

There is now some evidence to demonstrate that advanced imaging techniques may be used in the identification of structural and functional changes in the brain following concussion. These imaging techniques have also been found to correlate with deficits found on NP testing.
The assessment of concussion using fluid biomarkers (saliva, blood, urine) is being studied but at present there is no evidence for its clinical application. There is also interest in these tests as well as genetics finding as prognostic biomarkers for recovery following concussion. Markers that accurately reflect the level of neuronal, glial and axonal damage are of particular interest in predicting duration of injury and potential of cumulative effects of repeated impacts.

So in the first half of the 2017 Concussion in Sport Group consensus statement we have learnt that the diagnosis of concussion is linked to a brain injury only, although other structures such as the cranial nerves, vestibular and oculomotor system should be assessed. A number of symptoms exist following a concussion and these should now be assessed using the SCAT 5 (also available as a free download). Finally, there is emerging but not yet clinically applicable evidence for the use of biomarkers in the assessment of concussion, including, maybe the ability to predict recovery time and chronic cognitive impairment.

Book an appointment with Theo through the link or call our Kensington clinic. 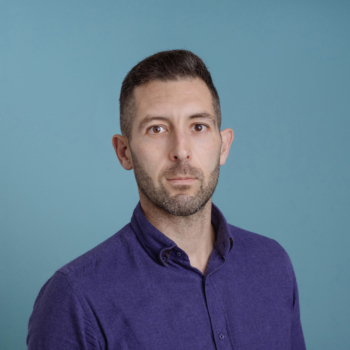