A 14 year old boy felt a mild aching discomfort in his left groin while playing rugby but still continued to play. He subsequently tackled an opponent and developed a severe pain of sudden onset in the left upper thigh and groin. A ​“snapping” sound was heard and he fell to the ground. He was unable to bear weight on the left leg and appeared pale, clammy, and nauseated. His pitch-side vital observations were normal and he was offered combined gaseous nitrous oxide and oxygen for pain relief. Ice was applied to the area of maximum discomfort and he was accompanied to the emergency department in an ambulance. At the emergency department he was advised that he had probably ​“strained” a muscle and was given conservative advice. He was discharged with crutches and analgesia.

The next day he was seen by the school doctor, who documented that he could not fully bear weight on the left leg or actively flex his leg on the examination couch. A radiograph was arranged (fig 1⇓) and the diagnosis made on the basis of the report.

To book an appointment with James follow this link or call the here. 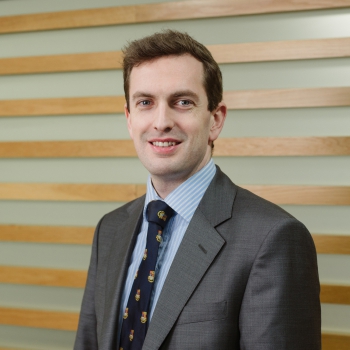