What to do if you have a sports injury? #

The treatment of a sports injury will depend on many factors including the severity of the injury, the type of injury sustained and the part of the body affected.

The POLICE principles can be applied to most acute injuries:

How to manage the pain? #

If you want to keep yourself injury free, we recommend seeing a Strength & Conditioning Coach to optimise your technique, fitness and training load, or attending a prehab screening with a Physiotherapist.

If you have recently sustained an injury or are suffering from a pre-existing problem, book an appointment with a Sports Doctor below. 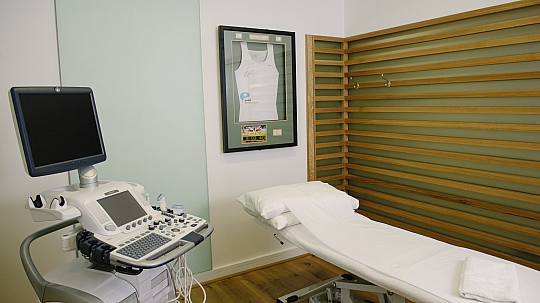 When to see a Consultant in Sport, Exercise and Musculoskeletal Medicine

Think you might need to see a Consultant in Sport & Exercise Medicine? Read our helpful guide to find out when it’s best to book an appointment with the Doc.